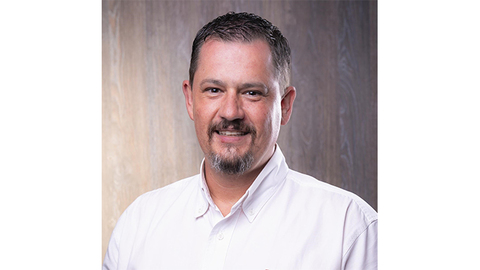 As a lifelong enthusiast of industrial automation technologies and over 24 years of experience in the industry, his proven leadership ability and business acumen will bring gravity to Turck Banner’s increasing business in Southern Africa. Kenneth’s passion for excellence and visionary thinking will add to Turck Banner’s already considerable momentum in the market.

Kenneth is a well-qualified business professional and engineer with a N.Dip. Electrical Engineering – Power (Cum Laudé) and a management-focused B.Tech.(Hons) in Business Administration. He began his career as a Project Technician with AEG Automation, was then appointed Durban branch manager for the Lenze agents, SA Power, and by 2002 he had been promoted to Product Manager, based in Johannesburg. In 2003 he was selected as Sales Engineer for the Beckhoff product range by Jendamark, which stood him in great stead when he assisted in opening Beckhoff Automation sub-Saharan Africa in August 2006. Kenneth was later appointed as Managing Director of Beckhoff Automation and built a formidable team that took market share and consistently boosted sales, despite the deteriorating economic environment.

“My focus on team development, customer relationships and service results in long-term, loyal clients and a team that supports the vision of effective, then efficient, growth”, said Kenneth upon joining the Turck Banner team. Turck Banner CEO, Brandon Topham, stated that Kenneth would add further impetus to Turck Banner’s ambitions of remaining a customer-oriented premium partner for reliable, industry-specific global automation solutions in Africa. This is a perfect match with Turck Banner’s philosophy of striving to offer the best possible application solution to their customers – quickly, flexibly, and reliably.

Kenneth is a family man throughout, having married his high school sweetheart, and recently celebrated 21 years of marriage and they have a 16-year-old as well as 13-year-old twins. He loves outdoors, off-roading & “4x4’ing”, game drives in the bush, mountain biking and motorcycling.

Back to overview
In this section